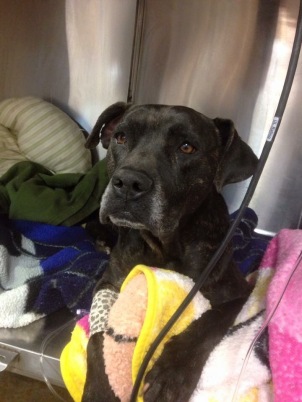 So, as you all know, Taken comes out this Sunday!  Yay!  But for me, Sunday is a little more special than that.  I chose April 17th as my release date because it is the  year anniversary of the death of my first pit bull, Cooper.

I have always been a pit bull advocate, even when I was too young to understand what that meant.  All I knew was that it was stupid to hate a dog because of its breed, especially when it was humans who made them fight.  And yes, I have been bitten by a dog before, and vicious little brown something or other that we had adopted when I was a child.

Cooper was my first personal experience with a pit bull.  I gave him special attention everyone else was mean to him because he was part pit.  So of course I fell in love with him.  I even created the character, Dorian, the pit bull in Finding Grace, because of him.  He never lived to see it published.

April 13th, 2015 I learned he had been sick and was suspected to have been poisoned.  April 17th my husband broke the news that he had died.

I dealt with my grief by publishing Finding Grace with his story in the back, and I decided, in his memory and honor, that any royalties I got from it would be donated to Villalobos Rescue center, a pit bull rescue from the show Pit bulls and Paroles, which I had planned to watch with him, and which I now watch with his little sister, Gremlin.

For Sunday only, for every copy of Finding Grace purchased, I will add a dollar to the royalties from it.  I will also add a dollar for every honest review.

For more information or to keep track of the current amount raised, check out this page.

Fall classes startAugust 22nd, 2016
The evil class is over! Time for writing and cleaning!